The Poseidon Project: The Struggle to Govern the World’s Oceans | David Bosco 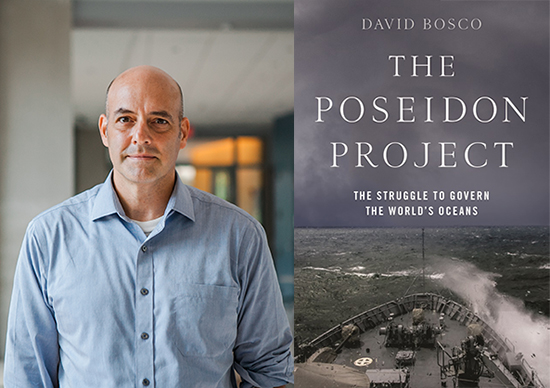 The notion that even the most powerful rulers or governments shouldn’t own or control the oceans goes back hundreds of years. Yet in recent decades, freedom of the seas has eroded in multiple ways and for a variety of reasons. During the world wars of the 20th century, combatants imposed unprecedented restrictions on maritime commerce, leaving international rules in tatters. And more recently, environmental concerns have led to new international restrictions on things like high-seas fishing. Today’s most dangerous maritime disputes—including China’s push for control of the South China Sea—are occurring against the backdrop of major changes in the way the world treats the oceans.

How do often fragile international organizations and courts interpret and enforce international rules for the oceans? How did the principle of “freedom of the seas” developed and evolved over time? What do we need to know about today’s more contested maritime dispute? Join David Bosco for an engaging discussion on the continuing challenges of ocean governance and where the freedom of the seas is headed.